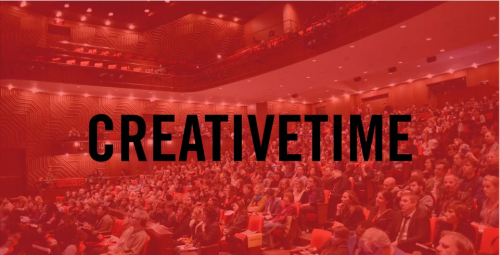 CAN SPEAKING TRUTH TO POWER UNRAVEL THE AGE OF DISILLUSION WE FIND OURSELVES IN?

Truth and its nature have long been foundational to the pursuit of artistic expression and understanding. Legendary science fiction author Octavia E. Butler held truth central to her work, “Clarity and truth will be plenty, if I can only achieve them.” Prominent poet and civil rights activist Maya Angelou believed that “There’s a world of difference between truth and facts. Facts can obscure truth.”

As fierce debates about the nature of truth rage on globally, Speaking Truth | Summit X explores radical truth-telling and its implications, manifestations, potentialities, and challenges across disparate yet interconnected fields.

Our relation to truth is complex, intersectional, and urgent. Public intellectuals have argued that the society of the 2010s is one in which it is no longer possible to distinguish between the factual and the imagined, reality, and simulacra. What is the nature of truth as we now see it presented as a subjective rather than objective condition? How has the growing distrust of the media, institutions, and authorities affected our ability to distinguish between the real and the fake? And how have artists responded in turn?

These questions are being addressed throughout the Summit by those working within proliferating technology and the dark side of automatization and surveillance, global health through the lens of gender and class inequality, self-determination of those serving invisible economies, Indigenous populations asserting sovereignty in the face of erasure, as well as the media at the nexus of fictions, facts and deceptions. The Summit aims to be a mirror reflecting and magnifying the peculiarities of the post-truth condition, as well as a forum of debate that can offer audiences an unparalleled opportunity to better understand the cultural and political situation, while convening to envision the future.

2019 is a milestone year for the Summit, as we mark 10 years of the convening by returning to New York City, where it first began. Gathering at The Great Hall, Cooper Union where the second ever Summit was held in 2010, acknowledges the Summit’s history and the hall’s legacy as a locus for debate, political action, and truth-telling. Upon founding The Cooper Union, Peter Cooper said, “I trust the young will here catch the inspiration of truth in all its native power and beauty, and find in it a source of inexpressible pleasure to spread its transformed influence throughout the world.” We are honored to take the stage at The Great Hall and activate the East Village, a nexus for generations of grassroots organizing and action, and look forward to welcoming you in November.

Questions about accessibility at the Summit? Find out more here.

SCHEDULE AT A GLANCE

Full schedule can be found here.

SETTING THE STAGE WITH CHRISTOPHER MYERS

Each year, Creative Time commissions an artist to interpret and visualize the Summit’s thematic aims. Inspired by the evolution of Summit convenings over the last decade, Christopher Myers has created a series of rich and vibrant tapestries that simultaneously evoke underlying historical narratives and the history of Creative Time. Myers’ striking designs draw on a variety of themes, all intersecting with and questioning notions of truth. Several of his works draw from a trove of history’s most contested images – those often censored or erased. Others visualize monuments and monumentality – a direct challenge to the shifting status of the modernist conception of heroes. Myers has also reimagined some of Creative Time’s most beloved projects—including Hunter Reynolds’ 1994 Patina du Prey’s Memorial Dress and Paul Chan’s 2007 Waiting for Godot in New Orleans⁠—into abstracted representations that speak to the organization’s enduring legacy of reflecting on truth and engendering debate through artists’ work and voices.

Christopher Myers is an artist and writer who lives in New York and is widely acclaimed for his literature for young people, including H.O.R.S.E, Firebird, and My Pen. He has lectured and exhibited internationally at venues including Fort Gansevoort, the Kochi-Muziris Biennale, MoMA PS1, and The Studio Museum in Harlem. Myers won a Caldecott Honor in 1998 for his illustrations in the book Harlem and the Coretta Scott King Award in 2016 for illustrating Firebird with Misty Copeland.

Fostering communal spaces where attendees can refuel, relax, and get to know each other after a full day of presentations, Summit X Dinners are a program of dinner activations taking place across the city. Organized and hosted by local artists and organizations, Summit X Dinners range in cuisine, format, venue, and intimacy, yet all speak to the Summit’s themes. Dinners will require advance registration and take place Friday evening.

Full schedule can be found here.

Summit X Sessions are a full day of highly interactive events geared towards engaged and alternative learning. Led by artists, organizations, collectives, and grass-roots movements, Summit X Sessions take various creative formats and include walking tours, hands-on workshops, panel discussions, roundtables, training sessions, interactive performances, film screenings, and other community driven, strategy focused formats. Sessions have been selected through an open call process, whilst others have been organized by the Creative Time team and are intended to offer spaces for exchange and share practical tactics that make creative praxis possible.