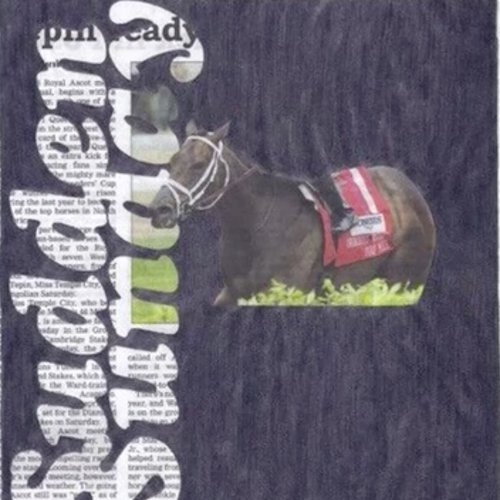 Beth DeWoody has many places she calls home: Los Angeles, Palm Beach, the Hamptons, and her native New York.  And all these places are home to her art collection, which now encompasses some 10,000 pieces.

“I like to say, ‘more art, more real estate.’ I just got a little place in Montecito, California, and have renovated an old armory in Palm Beach,” says DeWoody. In addition, she owns studio spaces and warehouses in New York.

DeWoody is continually refreshing her residences with newly acquired pieces. “I want to see new things and I love to live with different works of art talking to each other,” she says.  “Some people like to have a very minimal setting with one painting here and a sculpture there. I like to have a sense of fun in how art works with the furniture. Certain homes get changed more than others, especially in New York, because there’s always people coming by and I don’t want to bore them.”

“Absorb whatever I can”

DeWoody’s collection spans contemporary paintings, drawings, sculptures, photographs and new media.  While known for its emerging artists, her collection also includes works by such established artists as Edward Hopper, Man Ray, Cindy Sherman and Jean-Michel Basquiat. She is a collector of art books as well.

Visits to galleries and artist studios are how she travels. “I’m always going to areas that nobody has heard of. People will tell me about artists and I’ll drive all over the place to visit their studios.  When I travel in Europe, I also go to museums and art fairs. I just try to absorb whatever I can.”

Sharing with the community

DeWoody doesn’t follow any prescriptive process when she acquires new works.  “It’s really about what I love,” she says.  “Sometimes things just appeal to me and then I will find a pattern in what I’m collecting.  I found that I have a lot of work relating to food.  So at the armory—named The Bunker for its location on Bunker Road—we set up a room with a food theme.  I love shiny objects and have a lot of work that’s in silver, and so we have a silver room there.  I’ve collected appropriation art and so that becomes a theme.”

The Bunker’s 20,000 square feet give DeWoody plenty of room to showcase her collection—curated by Laura Dvorkin, Phillip Estlund and Maynard Monrow—with gallery spaces that can display nearly 500 works and viewable storage space for 200 more.  Visits are by invitation only, although DeWoody opens the space during festivals and cultural events such as Art Basel Miami Beach and Palm Beach Art Weekend every December.

“The Bunker allows me to get things out of the warehouse and on display to share with people in the community. Most of my art will eventually go to museums, but it’s a wonderful way to share it in the meantime.”

From collector to curator

Given her penchant for collecting and displaying art, curating exhibitions was a natural transition, not only at The Bunker but for galleries and museums as well.  Recent venues include the Steven Kasher Gallery in New York City, the Salomon Contemporary in East Hampton and the Sarah Gavlak Gallery in Palm Beach.

“When I curate shows, I look at the patterns in my collecting and what the artists are doing and curate shows based on those themes,” says DeWoody. “I also get to place art by younger artists with work by older artists, more established with less established and that’s become very satisfying for me.”

When asked to identify the origins of her passion, DeWoody points to her education at the Rudolf Steiner School in New York City, where art was an integral part of the curriculum. And she credits her interest in contemporary art to a high school trip to Henry Geldzahler’s landmark 1969 exhibition, New York Painting and Sculpture 1940–1970, which was the first contemporary American art show held at the Metropolitan Museum of Art.  “That is where I learned about Dan Flavin, Donald Judd, James Rosenquist and Jasper Johns.”

After studying anthropology and film at the University of California, Santa Barbara, she completed her B.A. at The New School for Social Research in New York City. There, she met Benny Andrews, a Southern African American artist who taught at The New School. “He was a wonderful man and I bought a painting from him. That was my first official piece of art that I ever bought, which I still have to this day.”

Finding and championing artists like Andrews, who are not yet established names, continues to motivate her. “One of the greatest joys for me is getting to know artists,” says DeWoody. “When I opened The Bunker, many local artists in Florida came and were just thrilled to see their work included in the exhibition.”

DeWoody views her numerous board affiliations, which include the Hammer Museum in Los Angeles, Design Museum Holon near Tel Aviv and New York’s Whitney Museum of American Art, as part of her ongoing education and another avenue for supporting art and artists. “It helps you with your vision and your eye and learning about the art,” she says. “A lot of galleries want to sell to people who they feel are serious and involved with the art world. If they know you’re involved with a museum, you may be able to see certain things that maybe wouldn’t be available otherwise.”

She also supports numerous regional museums, including the Nasher Sculpture Center in Dallas and Parrish Art Museum in East Hampton. At the Norton Museum of Art in West Palm Beach, she instituted the annual Rudin Prize for Emerging Photographers—named after her father, real estate mogul Lewis Rudin.

DeWoody encourages those who are just starting a collection not to feel intimidated. “When you go into galleries, it can feel like there is a velvet rope that you can’t go beyond,” she says.  “But gallerists love to talk about the art.  If you don’t understand something, ask and show that you’re interested.”

She also recommends joining museums and serving on acquisition or membership committees. “That way they can go to artists’ studios and talk to curators and be exposed.”

And prices may not be as big a hurdle as some might think. “It’s important to understand that not everything is $50 million,” she says. “We look at the media and the auction records and think, Oh my gosh. But there’s wonderful art out there at all different price ranges. I’ve bought art for $25.”

“I love art, and for me it’s just a gut reaction,” says DeWoody.  “If I love it, I just buy the art if it’s affordable, and I like to see it relate to other parts of my collection. What are my greatest hits? I love it all.”